Dare To Dream – Locations To Inspire For 2021 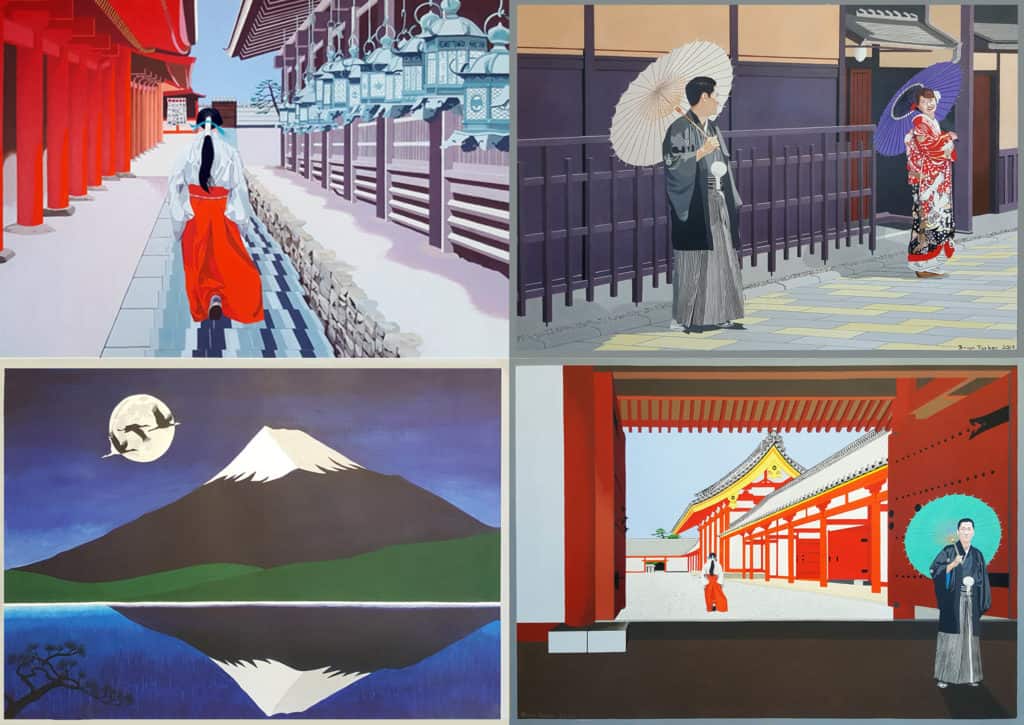 A new year begins and although the future is uncertain, I need to stay positive, so thoughts about planning new destinations are key. In this mode I thought about my trip to Japan a few years ago, a country that was culturally, visually, historically, and artistically a total inspiration to me.

I’ve always been fascinated by China and Japan, especially Japan. It all started with an interest in martial arts when I was a child, Judo at 8, Jujitsu at 12, Kung Fu at 16 and Shotokan karate and Taekwondo at University. At University I started cooking for myself and became interested in Chinese food and anytime I was in London I’d eat in Gerrard Street and stock up on ingredients. A few years later I’d learned a bit of Chinese and started on a similar journey with Japanese food. However, it was Japanese Arts & Crafts which really fascinated me. I was aware of Art Nouveau and through that interest, I became aware of the influence of Japanese art, woodcut prints in particular on that movement. This led on to taking note of many arts and crafts, lacquer ware, prints, enamels, ceramics (the tea ceremony), lapidary work, netsuke, carpentry and many more.

I have maintained all these interests throughout my life and in 2016 I took my long-planned trip to Japan. This was a whirlwind tour; I stayed in 11 hotels in 14 nights and visited Tokyo, Kyoto, Kanazawa, Gokayama, Shirakawago, Osaka and Nagasaki. It was a great trip and enabled me to get a real feel of the country, I had so many interactions whilst there it was incredible.

In Japan I took about 1,200 photographs and so far, they have resulted in four paintings, ‘The Temple of Light’, ‘Walking to Work’, ‘Kyoto Joy’ and ‘Fujisan by Moonlight’ and I plan to do more sometime in the future.

The temple was a great piece of architecture that just begged to be painted, ‘Walking to Work’ was based on a shot of a young Buddhist Monk rushing to get to his temple one morning and ‘Kyoto Joy’ was based on shots I took of a Japanese couple in traditional dress I came across in the back streets of Kyoto who were having their wedding photos taken and the looks of pure joy on their faces just had to be captured. Finally, every artist worth their salt who has visited Japan has to make a painting of Mount Fuji and this is mine.

PrevPreviousInfluences In Art – ‘Empty’ – Waiting For The Return of The Crowds
NextJanuary Online Studio Art Sale!Next